Recipe of the Week: Cinnamon Rolls 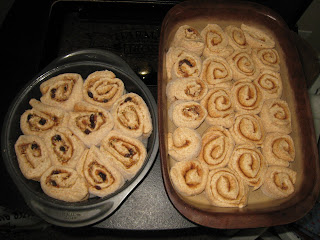 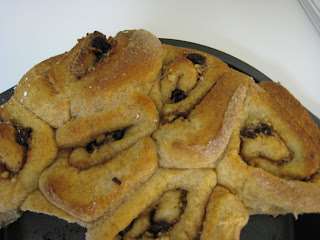 So I finally attempted to make these Whole Wheat Cinnamon Rolls from Heavenly Homemakers with a few adjustments.  I added raisins and pecans to one batch.  Definitely recommend.  Also, I needed put more sugar and cinnamon mix in.  I just used up a container with cinn/sugar mixture, but it wasn't enough.  Overall, these were yummy, but took a lot of work.  My husband gave them a thumbs up!  Good thing it makes a bunch.  Also, I probably would roll them out thinner or cut them thinner to make more.  I have to make these again soon!
Posted by Shonda at 7:30 AM

Email ThisBlogThis!Share to TwitterShare to FacebookShare to Pinterest
Labels: Breakfast

Looks and sound delicious I'm going to have to try this. Thanks for sharing.