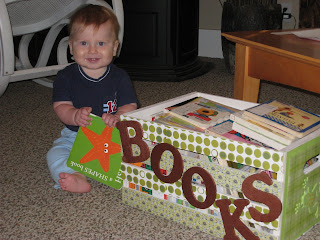 Shrade and his library book box that I made. 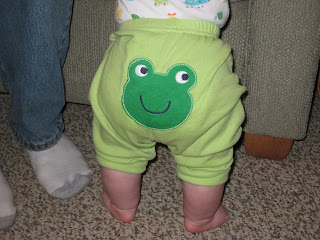 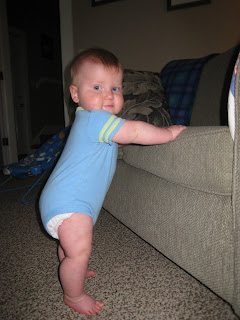 Shrade loves to stand holding on to the couch. 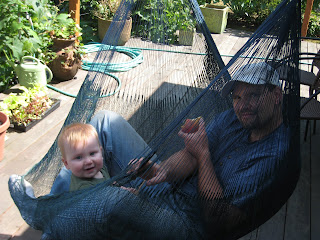 With daddy in the hammock. They were talking. Shrade says, "da,da,da." 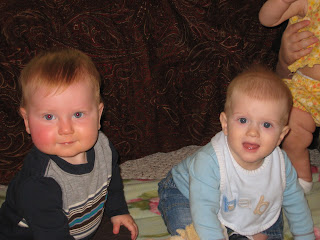 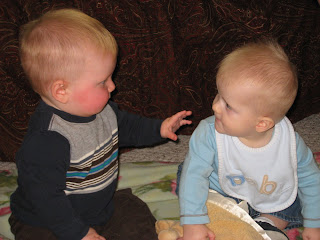 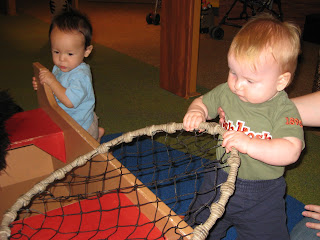 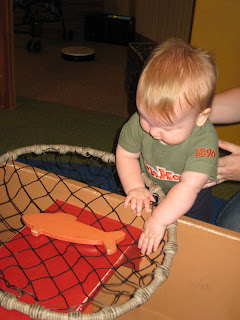 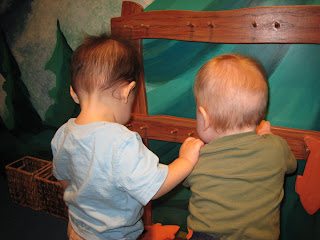 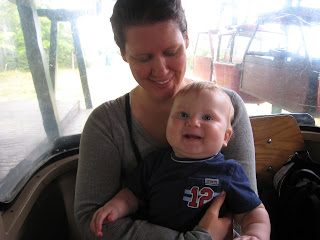 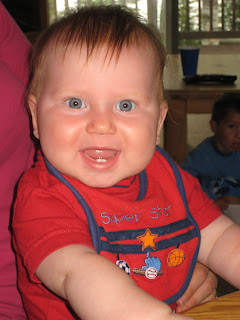 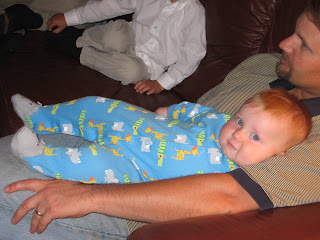 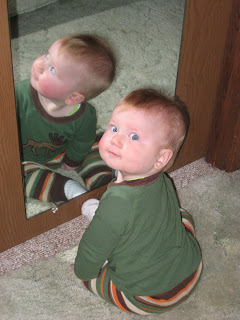 A favorite pastime: looking at himself in the mirror. How vain!!

This has been a month of firsts. We flew on a big plane to Minnesota to see Great Grandma Aletha and family. Shrade did very well on the plane and in the car except he did not want to sleep. Grrr! During the trip he disintegrated in his eating routine and gave up baby food. He was VERY hungry when we got back. Also, he had his first fever and couldn't keep much food down. We thought he might have been teething, but those molars are slow in coming.

A few fun activites that we did this month were going to Northwest Trek with the Bartas. Shrade slept through most of it, but would like to go back again someday. He also went to the Children's Museum of Tacoma with Noah. That was great!

Shrade loves his voice and talks all the time. He especially likes to talk to his "da,da,da."

Shrade had several play dates as well. He met Caleb Russell, Solomon Henley and hung out with Noah Sanchez as well as Judah Carlson, and Joshua Latin. What a bunch of friends to get to grow up with.

Shrade has started turning on his tummy in 360 degree circles. He really loves standing holding on to the couch. Another new activity is dropping objects on the floor for mama to pick up. Hmmm. All the books say he is learning object permanence. I guess!

Shrade is 21 lbs and 29 inches. I just read that when they get to be 35 inches they need to sleep in a big bed. Oh, my goodness. I wonder when that will happen.

As always, we pray with our son every night and he knows that he is very loved by us and especially by our Lord Jesus Christ who created him. We want him to come to know the Savior at a very early age.
Posted by Shonda at 6:28 PM No comments: