When Calls the Heart- Change of Heart DVD Review 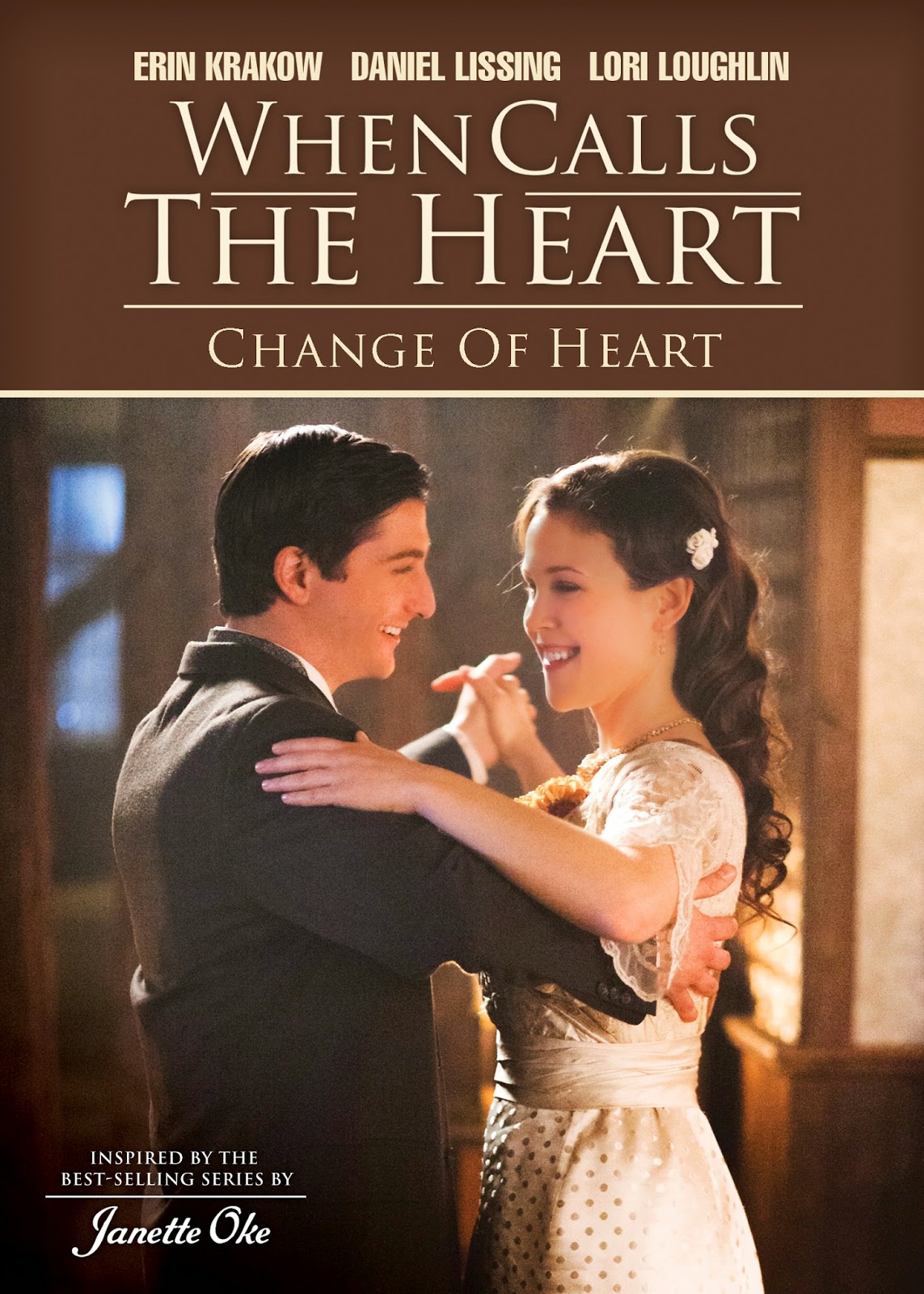 Finally, Jack and Elizabeth have a date.  Elizabeth is walking on Cloud Nine because the handsome Mountie has taken her on an exclusive date at Abigail's Café.  To add to Elizabeth's happiness, her sister Julie comes to town for a visit escorted by another Mountie who happens to be a replacement for Jack!  Jack has forgotten that he sent in a notice when he first came to Coal Valley to be released from his post, but in the meantime, he had fallen in love with the sweet school teacher.  Jack is torn and is nervous about telling Elizabeth.  Julie is excited to visit the small country town and as she explores, she meets a strange young man in a cabin in the woods.  She immediately becomes attached to this man and later finds out he is part of a gang of robbers that are on WANTED posters.  Both sisters are completely lost in their desires for the men who come into their lives.  Elizabeth is willing to let Jack go and chase his new assignment, but is aching to be with him again.  When a confrontation between the Mounties and the gang occur, Elizabeth's life is at stake.  Jack becomes her hero, but will he still stay or will he go?
I was so excited to receive the next video of this exciting and romantic series from When Calls the Heart.  Jack has been watching, protecting and pursuing Elizabeth, but has finally made a proper move.  I love how these two interact.  Elizabeth keeps her distance, but I can tell she wants to fall for this guy.  This story had some great action and a mystery that still remains to be solved involving Abigail and the owner of the mine.  I am very interested to see how Jack and Elizabeth's relationship progresses and what will become of the information Abigail has found regarding the mine disaster.

*I was given a complimentary copy of this DVD for my review.  All opinions are my own.*

Stay updated at this website: When Calls the Heart Movie
“A TERRIFIC SERIES FOR THE ENTIRE FAMILY” -Dove Foundation

Nashville , Tennessee- When Calls the Heart, Produced and directed by Michael Landon Jr. and inspired by the best-selling books by Janette Oke, tells the story of Elizabeth Thatcher (Erin Krakow), a young woman of priveledge, working as a teacher in a prairie town in the Western Frontier.   The local Mounty Jack Thornton (Daniel Lissing), has began courting the high society teacher, but new orders have taken him away from the town,  Abigail Stanton (Lori Loughlin) has trouble of her own, their forced to confront the most powerful man in town in a battle that may ruin her deceased husband's reputation.

Synopsis-  Jack finally gets Elizabeth to agree to join him for a dinner date just as Elizabeth’s younger sister, JULIE THATCHER, arrives in Coal Valley, surprising Elizabeth.  Julie is accompanied by Mountie PATRICK O’REILLY, the man who has been sent to inform Jack of his new posting, and become the new Constable of Coal Valley.  Jack had already forgotten that he sent in a request to transfer the week he arrived in Coal Valley, and the news takes him by surprise.

Michael Landon Jr. – Director:  Michael Landon Jr., son of the late television legend Michael Landon, has been in the film business for over 25 years.  With two of the highest rated films in the history of the Hallmark channel, and several top ten releases targeted to the Christian market, Michael has become known for creating heartfelt, inspiring films that connect to the family.  He has developed and/or produced, directed, and written screenplays for Fox, CBS, NBC, Disney, Sony, Lifetime, and others.

Brian Bird- Writer/Producer : Brian Bird is co-founder with partner Michael Landon, Jr., of Believe Pictures, a film and television production company.  He was co-executive producer and writer on the successful television series, Touched by an Angel.  Adding to Brian’s success, he had also written and produced episodes of Evening Shade, Step by Step and The Family Man.  Most recently, Bird wrote and produced Gametime, a two-hour television pilot for NBC, The Shunning, inspired by the novel by best-selling author Beverly Lewis, for the Hallmark Channel, and Not Easily Broken, adapted from the novel by T.D. Jakes and released theatrically by Sony/TriStar.

Posted by Shonda at 2:42 PM No comments: