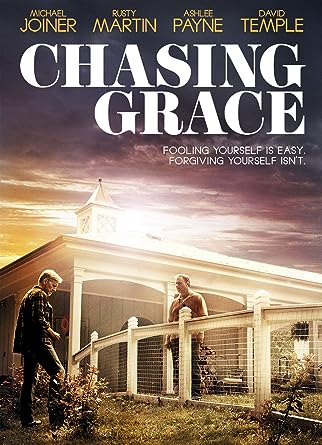 Pastor Jonathan Matheson is leading a large church and his brother continues to need to have someone bail him out of jail.  On the day of his daughter's birthday, he brings his brother home and a tragedy occurs.  The family is torn apart not only by the death of the precious daughter, but by the bitterness between the brothers.  They both harbor secrets and lies and betrayal.  Jonathan's wife is thrown in the midst of a storm not only with her husband, but also with her son.  Instead of grace, there is guilt all around.  It's not until the secrets are revealed and repented that grace begins to transform the family.


This was a heartbreaking film at the outset. And it seemed like every situation was worse than the first.  It was also interesting to see how the brothers, one a pastor and the other a drunk,  both fit into the same mold of being fools.  However, as time went on I saw how each had to come to a place of brokenness and eventually seeking forgiveness and restoration.   The outcome of redemption is so positive and uplifting.   I thought this movie had a powerful message and it really showed how the sin nature of man can be so prevalent even in someone who follows God.  No one is immune to the workings of Satan.   This movie was loosely based on true events.

This movie has death, grief and alcoholism.  I would recommend it for teens and above.
*I received a complimentary copy of the DVD for review.  All opinions are my own.*
I am having a giveaway for this DVD:
Please enter your name and email in this LINK to be entered.
Winner will be chosen on Monday, June 20.
Posted by Shonda at 4:40 PM